Angel Garcia gets his hand raised in Times Square following a win at the Beat the Streets New York Gala in 2016. On Friday, Garcia delivered a historic win to become the first male wrestler from a Beat the Streets program to win a Junior national title. (Photo by James Mangan, Beat the Streets Philadelphia)

If he truly is his neighborhood’s beacon of hope, this black eye was a shiner that glowed for all to see.

Angel Garcia took a blow to the head in his first match at the Junior National Championships last week in Fargo, North Dakota. His left eye turned black and blue, but his determination swelled even more as each of his wins became increasingly more important.

When all was said and done, Garcia turned in a historic performance to become the first male wrestler from a Beat the Streets program to win a Junior national title.

Garcia, an 18-year-old from North Philadelphia and rising high school senior at Marianna Bracetti Academy Charter, won the 170-pound Greco-Roman title Friday with a 7-0 win over Iowa’s Lance Runyon in the final round.

The win was monumental. 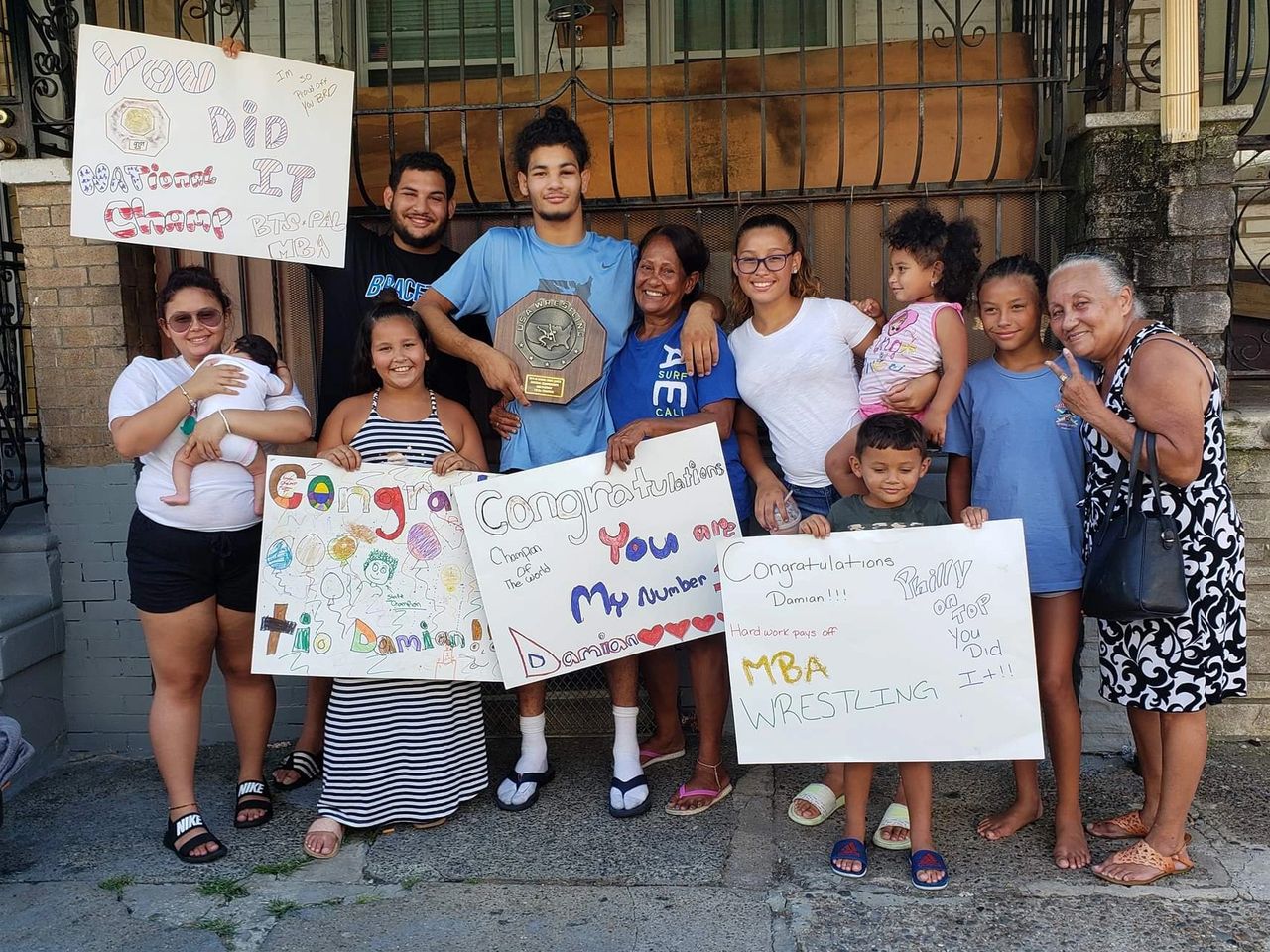 Garcia (teal shirt) poses with members of his family following his historic win at the Junior National Championships last week.

Like every Beat the Streets wrestler, Garcia had to overcome so much before he ever even stepped on a mat. Now, he is a role model and has a national title as proof that anyone can overcome hardship.

“Everyone has to go through what they have to go through to be successful,” Garcia said. “I struggled a lot. I lied to my parents. I was not very proud of myself, and they were not proud of me. Wrestling turned everything upside down for me. It brought a second life. It brought a lot of changes and happiness.”

Garcia was one of 10 wrestlers from Beat the Streets Philadelphia to qualify for nationals and one of four All-Americans, sharing the podium with teammates Tatyana Ortiz, Steven Foster and Grigol Khochishvili.

His leadership was instrumental, Mangan said.

“Because of his success, he’s been positioned as not only the leader of his team and club but now the entire city,” Mangan said. “He realizes people look up to him and he’s stepped into this role of being the vocal and physical leader that they want him to be.”

Still, Garcia knows winning in Fargo is just the beginning. He has plans to improve upon his sixth-place finish at the Pennsylvania state tournament during the scholastic season this winter before continuing his career at a Division 1 college.

Support the city that Angel is inspiring.