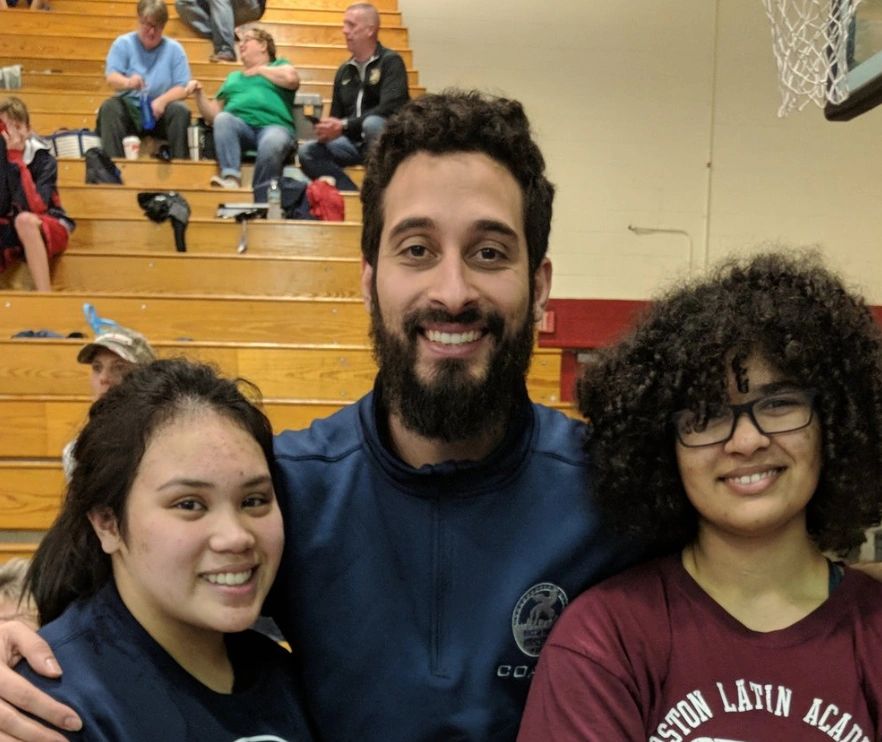 Tim came to Boston Youth Wrestling with his life ravaged by tragedy and hardship.

Tim was one of the first at-risk kids to join Boston Youth Wrestling when it formed in 2012. Now, Tim is a college student and full-time coach, giving back to the program that helped change his life.

“His story is pretty much the evolution of Boston Youth Wrestling,” said Bior Guigni, the program’s Executive Director. “We’ve been with him every step of the way.”

In seven years, the non-profit has introduced more than 3,000 boys and girls to the sport through various programs and partnerships with Boston Public Schools.

This week, Boston Youth Wrestling received accreditation from Beat the Streets to become the eighth program in a national network that includes groups in eight other cities, including Los Angeles, New York, Chicago and Providence.

The accreditation gives Boston’s group access to a national network, licensing and branding.

“It’s essentially a stamp of approval that a program is doing a great job,” said Beat the Streets National Director Jeff Marsh. “We’re saying this is a program that is doing amazing things for kids, and they’re doing it the right way.”

Boston Youth Wrestling will change its name to Beat the Streets Boston and remain dedicated to its core mission to “engage, enrich and evolve.”

“We’re really proud of it,” Guigni said. “Wrestling is this incredible tool and motivator. There are no limitations. It doesn’t matter what your body type is, age, background … none of that matters. It’s your mental ability to get on the mat and do something that’s good for yourself and learn something you can use in your life.”

Guigni said her group’s programming and dedication to its community are two things that stand out. Some of the highlights include …

· The “Wrestl(H)er” girls wrestling initiative dedicated to growing and developing female involvement in the sport.

· “M.A.T. Time” program focused on utilizing the skills that wrestlers learn on the mat and applying them off of it.

· The “WrestleBack” program for kids like Tim that uses restorative justice practices to help student-athletes that have had to overcome hardships, life-changing events or personal tragedies.

· The “Coaches in Training” program that gives their wrestlers the opportunity to coach in summer camps and develop the skills needed to be wrestling’s next great leaders.

It all adds up to a unique experience that continues to give back in so many different ways.

“Boston is such an intimate organization that they have relationships all over the city that are flourishing,” Marsh said. “That’s really impressive. They have the entire community on the ground. They pride themselves in being grassroots, and it’s just incredible to see. They’re in position to grow even bigger.”

Check out this link, for more information on Boston’s story, its programming, staff and dedication to the community.