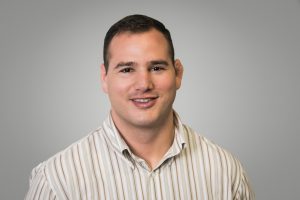 Beat the Streets National is proud to name Ben Reiter as its new Executive Director.

“We are excited to have Ben on board and are expecting great things under his leadership,” said Clinton Matter, Chairman of the BTS National Board of Directors.

Ben has been a member of Beat the Streets Philadelphia’s executive staff over the past five years.

“We will miss Ben here at Beat the Street Philly, but he will always be a part of our family,” said BTS Philadelphia Executive Director, James Mangan. “We’re confident he will work tirelessly towards positively altering the trajectory of thousands of student-athletes’ lives across the country.”

Ben was a former member of the University of Pennsylvania wrestling team. Prior to his career with Beat the Streets, Ben established and led social impact organizations in South America. During his time at BTS Philly, Ben returned to his alma mater for an Executive Program in Social Impact Strategy as well as a Master’s Degree in Nonprofit Leadership.

“Beat the Streets has had already had such a tremendous impact, and I believe that we are positioned to serve thousands of more youth across the country in the years ahead” Ben said. “I’m excited for this next chapter for Beat the Streets, and grateful to be a part of such an inspirational organization.”

Beat the Streets National is a network of social impact organizations that exist to empower and transform the lives of youth through mentoring and the sport of wrestling. BTS organizations collectively serve over 8,400 youth each year, and have invested over $32 million into under-resourced youth and communities since 2005, with organizations operating out of Baltimore, Chicago, Cleveland, Detroit, Lancaster, Los Angeles, Philadelphia, New England, New York City, San Francisco, and Washington DC.

Over the past four years, BTS National has successfully established an accreditation process for new organizations and increased collaboration between BTS leaders and communities. With this strong foundation, BTS Organizations are more unified than ever, and positioned to continue advancing our mission to thousands of more youth in need.

You can listen to Ben reflect on his journey through Beat the Streets on the latest episode of the BTS Philadelphia podcast: