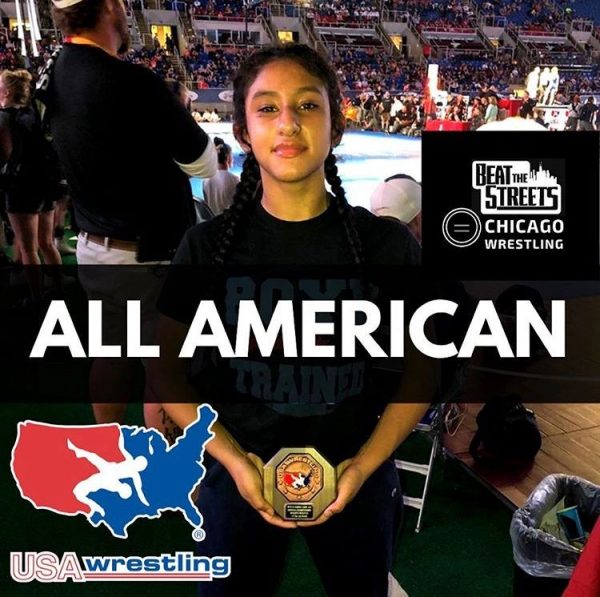 The numbers speak for themselves.

This past week, Beat the Streets was well-represent at the USA Wrestling Junior and Cadet National Championships in Fargo, North Dakota after what turned out to be a great tournament for everyone involved.

The historic win? That belonged to Philadelphia’s Angel Garcia, who stormed his way to the 170-pound title in Greco-Roman. In doing so, Garcia became the first male wrestler from  Beat the Streets to win a Junior national championship.

At the Cadet level (under 16 years old), Lancaster’s Nick Feldman won gold at 182 pounds in Greco-Roman and was third in freestyle.

Adding to a historic year, Jacque Davis, Girls Development coordinator for Boston Youth Wrestling, led a group of wrestlers from New England that featured three All-Americans, including Logan Farnsworth, the first girl from Rhode Island to reach the podium.

Farnsworth, who competed at 100 pounds, finished sixth as a Cadet.

The All-Americans are listed below.